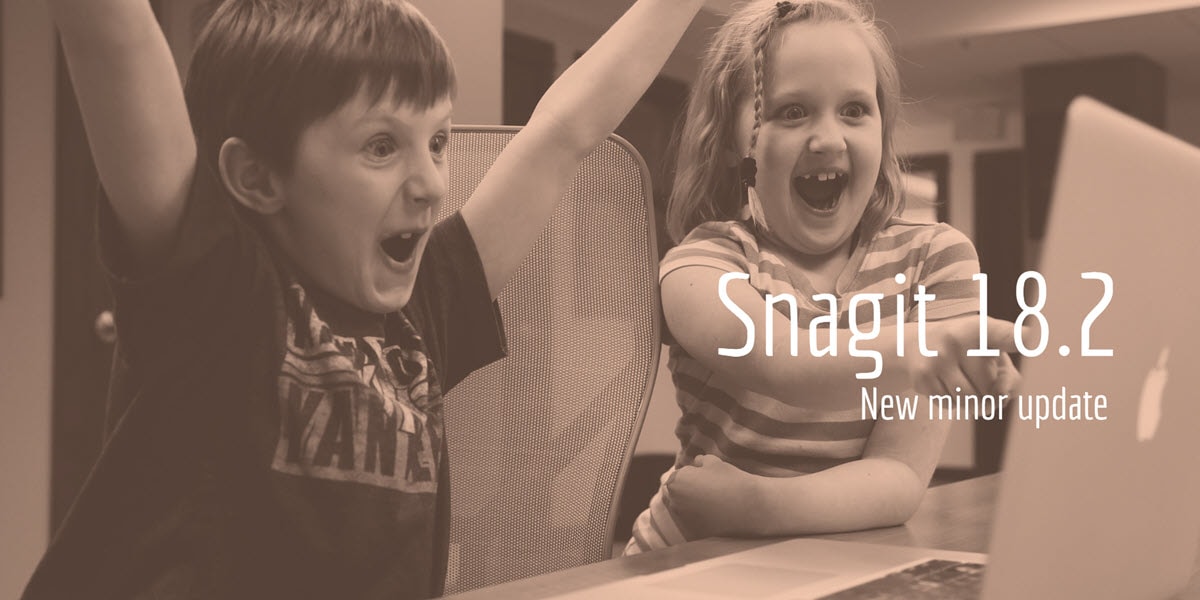 A minor Snagit update was released on June 19th. If you missed it, like I did, there are a bunch of minor tweaks to improve your Snagit experience even further.

You can download the update via your Snagit interface. Just go to Help/Check for Update.